Home Webinar Sustainable Mobility Fortnight- Where is my bus? 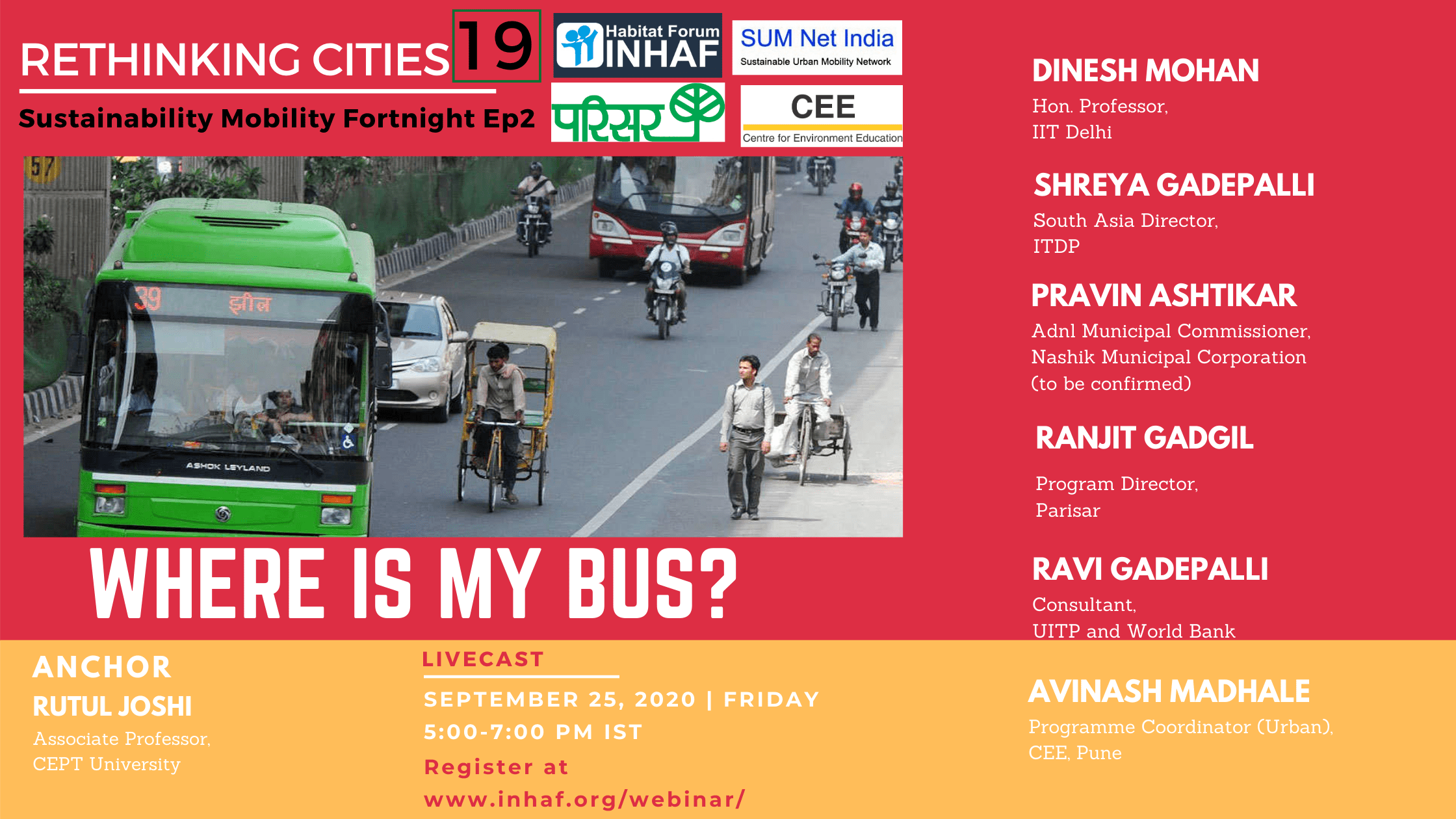 Sustainable Mobility Fortnight- Where is my bus?

The webinar will be focused on the need to improve the bus based public transport in Indian cities. Irrespective of the benchmark of 50 buses per lakh population – set up by the Ministry of Housing and Urban Affairs (MOHUA) – most of our cities do not even have 5 buses per lakh population. Some of the past efforts to augment the bus fleet under the JNNURM resulted in an increase in the number of buses in some large cities, but failed to transform the public transport scenario in mid-sized or small cities. While the Smart Cities Mission focuses on improving non-motorised transport in Indian cities, it does not have a component on systemic improvement of city bus services. This absence of any robust program on bus systems improvement at the National level has resulted in rapid increase in private vehicles.

The webinar will explore both the structural, ‘big picture’ issues with bus based public transport while discussing how to improve bus services in the country in general and in medium and small cities in particular. The panel of the experts put together for the webinar bring in diverse voices from academia, professional practice, advocacy and city government.