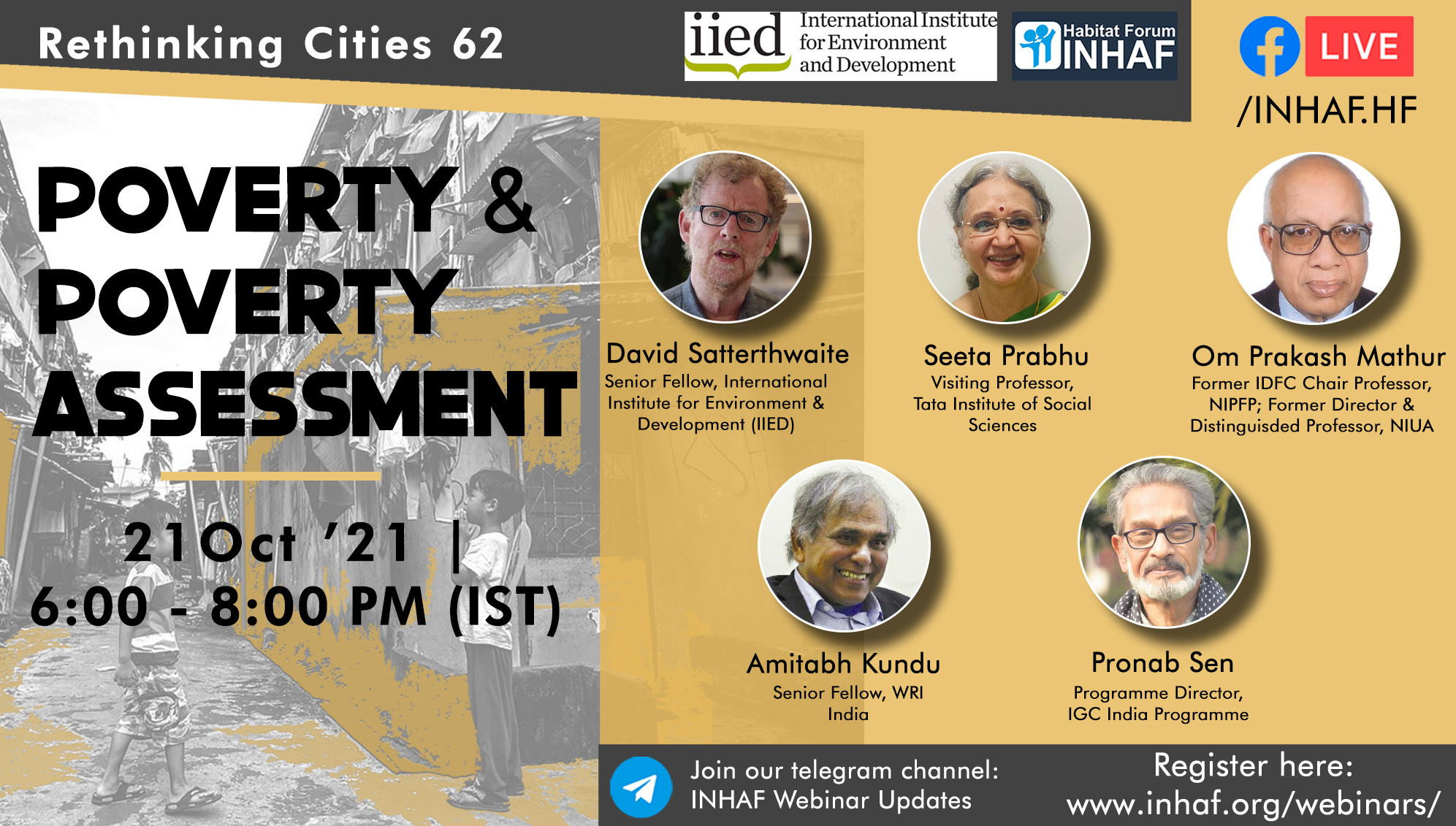 How urban poverty is defined, measured, and acted on. Or in many cases not acted on.  Its scale is usually measured by the individuals or households whose income falls below a poverty line – but poverty lines are usually set too low, especially in regard to the cost of non-food needs in cities. Set the poverty line low enough and no-one is poor. The webinar also reviews other ways of defining and measuring urban poverty, including community-led perspectives by slum/shack dwellers.