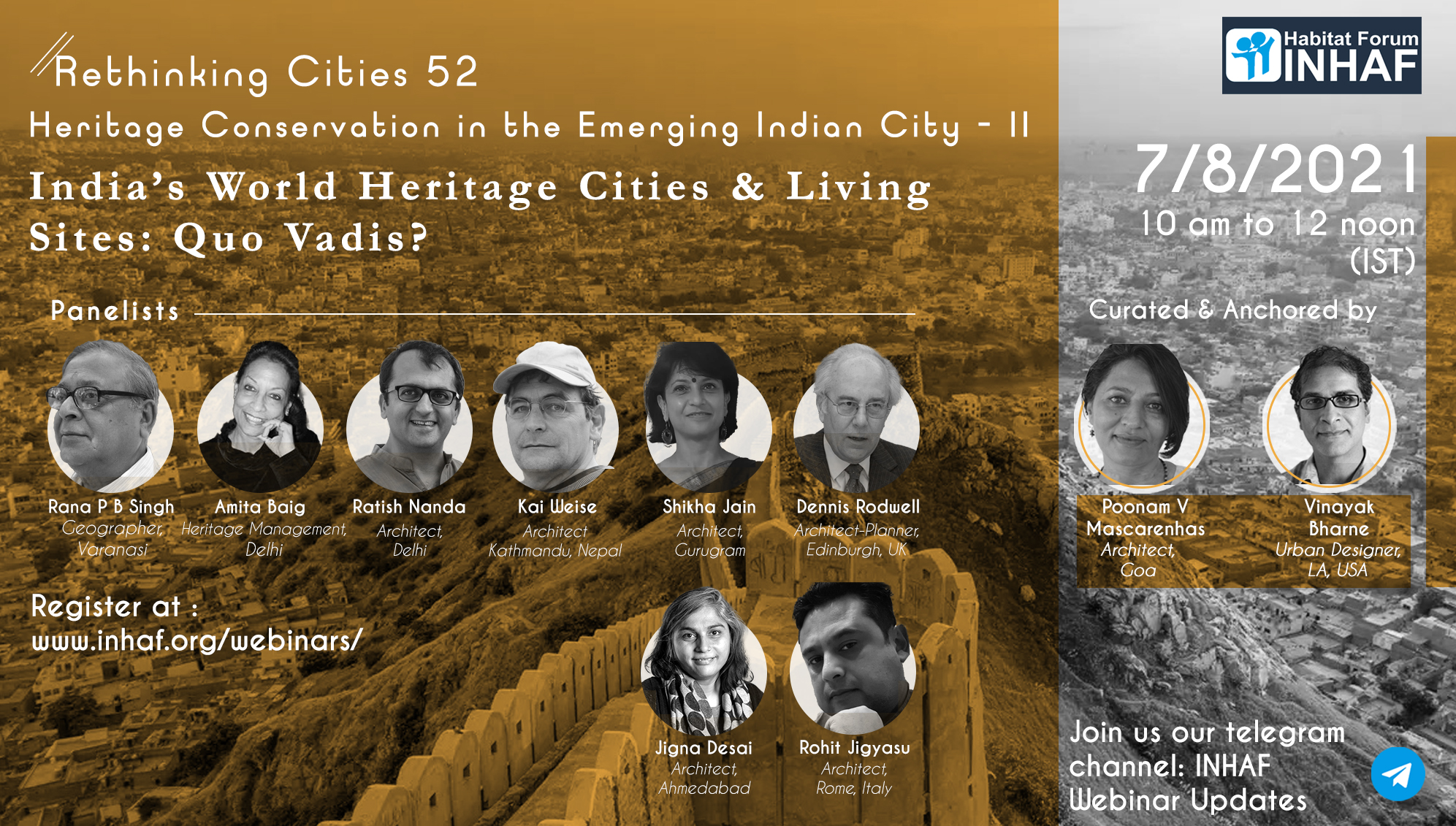 The walled city of Ahmedabad, founded by Sultan Ahmad Shah in the 15th century, and The city of Jaipur, founded in 1727 by Maharaja JaiSingh II (1693-1744) were both designated as UNESCO World Heritage Cities in 2017 and 2019 respectively. Their UNESCO inscription procedure mandates the creation of Conservation Management Plans binding on the State, and holding accountable the designated city/state administrative bodies. Other Indian cities are in the process of submitting proposals for this prestigious status and some, like Varansi, have already been included on the tentative list.
What is the impact of the UNESCO World Heritage Site status on the notified cities, and how has it impacted the residents? Does this designation exacerbate already existing gaps in the management of the developing city? Will the designation actually bear a positive influence on the city’s development or serve to make it a ‘Jewelled Crown,’ to be visited and not lived in – a fate accorded to many World Heritage cities in Europe, such as Venice?
Concerned by the multitude of unforeseen difficulties facing World Heritage Cities, the World Heritage Committee at its 29th session in Durban, South Africa (July 2005) requested the development of updated guidelines to better integrate heritage conservation into strategies of socio-economic development. A “Historic Urban Landscape” approach has been in discussion since 2011 – wherein imperatives of Urbanism are being informed and deliberated to ensure continuity with place-identity with new development.
From Jaipur and Ahmedabad to Varanasi and Kanchipuram, historic cities in India are not just heritage repositories with unique geo-tagged intangible cultural products (crafts, music, literature, knowledge-systems,) but enormous economic hubs and financial engines. This session asks: How can Indian Heritage cities contribute to the on-going dialogue on generating imperatives of conservation? How can conservation become an instrument for shaping a liveable and resilient city? How can heritage conservation and urbanism work together towards bigger common socio-economic goals? What role can the civic society and municipal institutes play in this endeavour?

Previous StoryHeritage Conservation in the Emerging Indian City – I : The Future of 20th Century architecture in Indian Cities – (Un)Learning from Chandigarh, Delhi, Ahmedabad and Mumbai
Next StoryThe city and the right to work