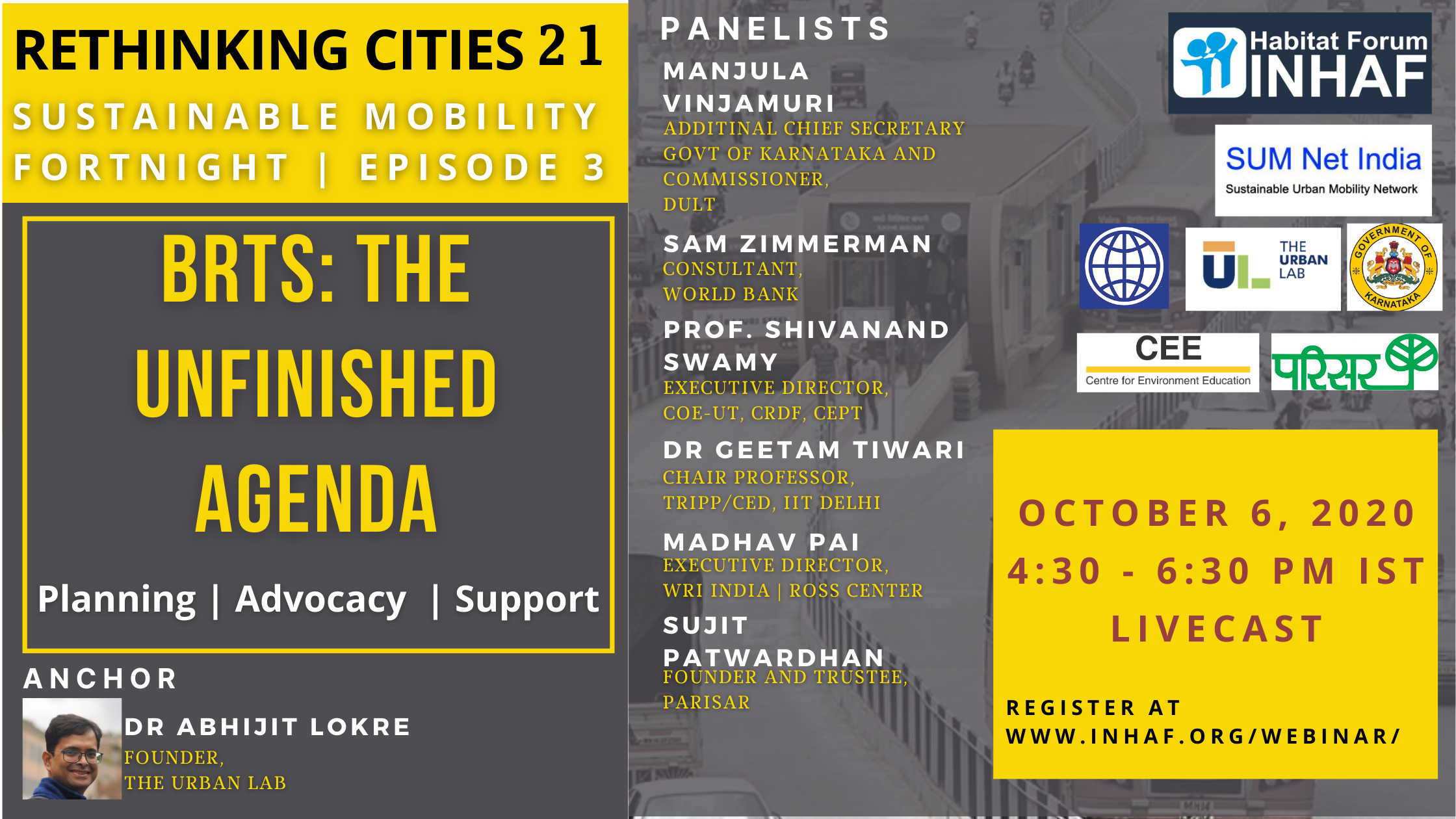 The webinar will be focused on the learnings from the BRT systems in Indian cities, current status and the future of the BRTS in India.

Fifteen years ago, with the JnNURM and NUTP, many cities looked at BRTS as a viable option for a mass and rapid transit system. The period from 2005 to 2010 saw many cities get funding through JnNURM.  Pune, Delhi and Ahmedabad opened their systems to mixed reviews. There was great interest in how the BRTS would fare in Indian cities.  Central, state and local governments along with consultants, bus companies, academia and NGOs participated in multiple workshops, training and capacity building programs, and visits outside India to assess best practices.

Post 2011, the initial enthusiasm began to wane. The first lot of BRTS cities had initial hiccups in the form of a hostile media, non convergence between stakeholders and a general atmosphere of skepticism. Out of the 12 operational BRTS cities in India, only Ahmedabad and Surat expanded their network. Delhi dismantled its lone corridor. Indore’s BRTS got stuck in legal issues with a PIL filed against it. Pune and Pimpri Chinchwad did expand – but never got to a situation where they could claim complete implementation. Amritsar, with its partly elevated BRTS and Hubbali Dharwad, with its overtaking lanes and modern depots and terminals were the only two new systems in the post 2011 world.

The issues included a lack of complete network, blowback from private vehicles who saw their space being given to buses and lack of political will. Many large and small cities began to look at metros as a better alternative. Post 2014, more than 20 cities implemented or planned to implement metro systems. These included cities that had BRTS. In 2020, Delhi announced a plan to build a ‘metrolite’ system, which is an at grade rail system similar to trams and LRT.