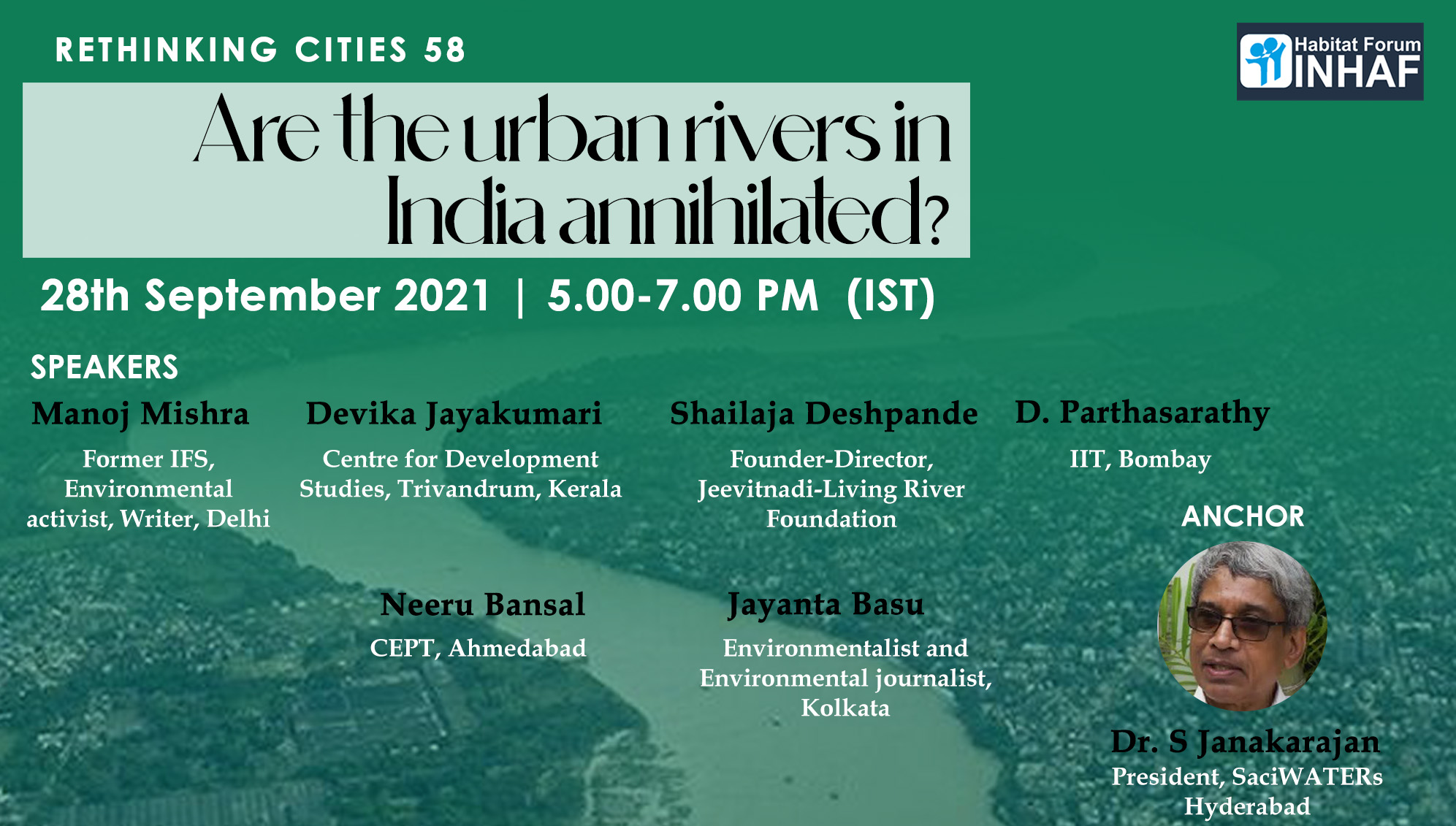 The extractive development and competitive growth models coupled with haphazard urban expansion plans are the root cause for the dying or dead urban rivers in India. The present trends of urban expansion programs in the country suggest that urban ecosystem is seemingly very heavily stressed and that the conditions are likely to go from bad from worse. Please remember, wealth generation, most of economic, political, social and cultural activities are concentrated in the cities which turn outright blind eye to the urban ecosystem losses.. Besides, increasing urban population, raising distress induced rural – urban migration  and swelling  population density have been the critical contributing factors which pose a huge challenge to urban governance. As the city expansion is unabated, the water need and the sewage generations also go up enormously. But the key question is whether we have adequate and scientific disposal mechanisms to handle the used-water (what’s regarded as waste-water)? The Central Pollution control Board gives a stunning data that 63% of untreated urban sewage flows into urban rivers – 62 billion liters per day. The urban rivers are also used as the dumping yard for solid and biomedical wastes and building debris. All these factors have distorted the gravity of urban rivers and its topography. Besides, the flood plains and river beds are very heavily encroached.

“Urban rivers”, which is the theme of the webinar, were essentially flood carriers and performing critical functions of recharging groundwater, maintaining flora fauna, creating micro climate, enriching biodiversity, and so forth. But the urban rivers currently are far from performing these functions. Indeed, most cities get very heavily inundated during monsoon months mainly because the urban rivers have lost their carrying capacity due to encroachments and distortions. But, when the cities get flooded during high rainfall months, planners and policy makers very conveniently attribute them to climate change.  This is nothing but “hiding behind climate change” to cover up all their institutional failures. Nevertheless, the changing climatic conditions and associated climate extreme events and hazards will make the threat of urban floods worse.

The hitherto master Plans for city expansion followed a blind path which neglected completely urban rivers and their floodplains. The urban rivers, as  indicated above, which are essentially flood carriers, no more carry flood water. They are reduced to the condition of a mere untreated sewage carriers, dumped with all kinds of wastes generated in the city, including industrial and hospital wastes.

This webinar in this context is raising the following pertinent issues and concerns:

– What are the roles and functions of urban rivers and their present state of conditions?

– Do urban rivers in India are beyond rejuvenation?

– Despite spending huge resources why the urban rivers in India are in a dying condition?

– Can we think of any appropriate policy and action program for urban rivers restoration?