Home Webinar Webinar What would a Gandhian city look like? 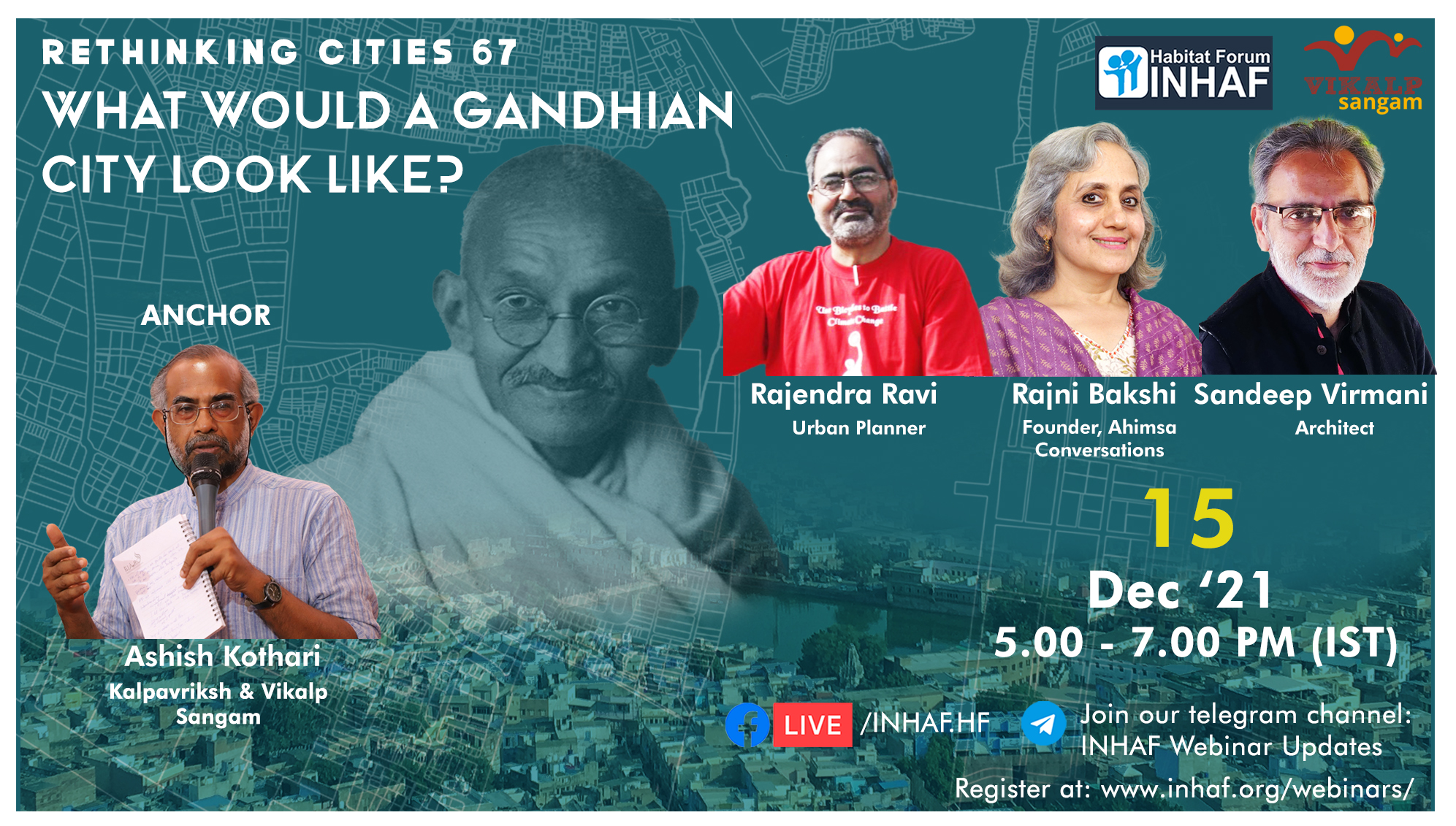 While there has been lots of discussion and action on the possibilities, strengths and limitations of a Gandhian approach to rural areas, there has been very little in relation to cities. What would the concepts of swaraj, sarvodaya, satyagraha, and ahimsa mean for urban life, planning, politics, and society? Is it possible to conceive of localized self-rule where neighbourhoods in cities are deciding many matters for themselves, a kind of nagar-swaraj? How does one ensure that everyone in a city has equal access to public services, that the gross inequities and inequalities we see in today’s urban areas are eliminated? Can ecological sustainability be brought into the city-scape, both within itself and in its relations to the village? What would that mean in terms of lifestyles and consumption patterns, which we see such wasteful forms of in our cities? Can physical labour be made and considered as dignified and respectful as intellectual, and what would that mean for caste, gender and other forms of marginalization and discrimination? Can compassion, sharing, non-violence in relations, be the fulcrum of how a city is governed and managed? And are there already examples of some of these principles being met in urban communities or movements in India?

This online discussion will explore these aspects of urban India, interrogating whether Gandhi’s thoughts and actions have current relevance in making the city and town a more just, equitable and sustainable space. The ongoing COVID crisis, which has hit cities more than villages, can be a backdrop and context to this discussion: would a Gandhian approach have helped avoid or resolve the crises we are facing?