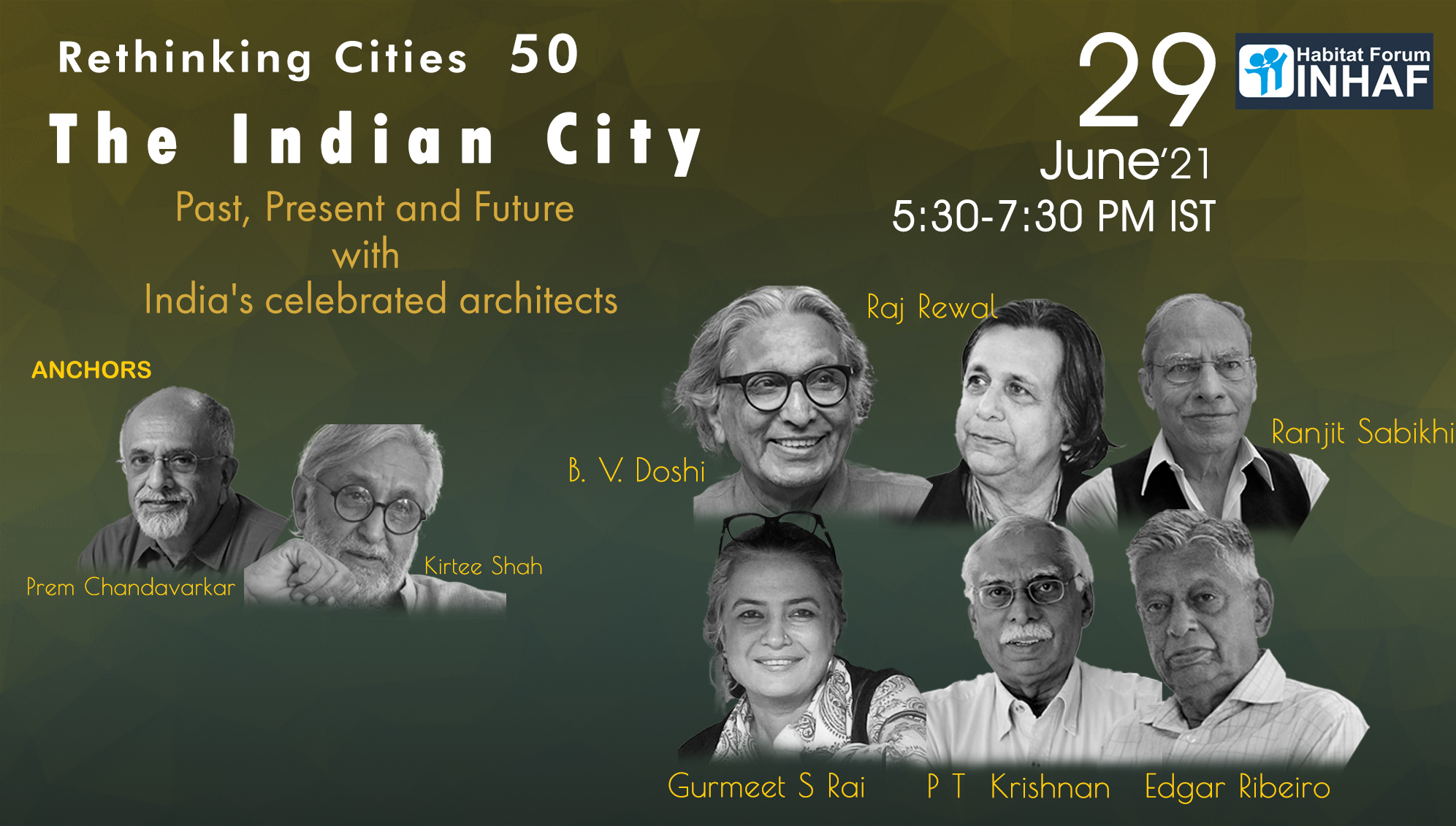 The Indian city : Past, Present and Future – with India’s celebrated Architects

India lacks an imagination of the city. We tend to locate the authenticity of culture in the village and view the city only as a technical entity. Most building codes follow a template set by the National Building Code and define rules derived from abstract calculations based on site size, land use, and road width. The specificities of topography, neighbourhood, culture, heritage, equity, ecology, and urbanism as a way of life find no recognition in official paradigms. We have a rich heritage in traditional cities but have not succeeded in institutionalising a modus operandi for adapting this heritage to modern building types and transport modes.

On top of this, we adopt planning paradigms that marginalise most urban inhabitants. Inefficient, opaque, and corruption-ridden land markets drive prices to a level where more than half the population of most cities cannot afford to formally position their dwellings and lives within the master plan of their city; they are forced to adopt informal and unregulated spaces outside the master plan. This not only degrades their lives by rendering them vulnerable to exploitation; it also breeds inefficiencies and distortions affecting the city as a whole.

India is urbanising with increasing speed, and for the first time in our country’s history, by the mid-21st century, the number of urban dwellers will outnumber those in rural areas. Projections anticipate that over the next three to four decades we will acquire 400 million more urban dwellers. We have to adapt to this challenge without using the paradigms of the past, given that those paradigms are significantly responsible for provoking the crisis of climate change. How we imagine the Indian city will determine whether we sink or swim as a nation.

How has the architectural profession responded to this challenge so far and how should it transform for the future?

What are the key features of urbanism as a way of life? How can we adopt them to make the city a vibrant and inclusive realm?

What distinguishes Indian urbanism from the Western models we tend to be trained in?

Should architects rethink and redefine conventional modes of project definition and delivery?

How do we make equity an essential feature of the Indian city?

What are the principles by which we make the city climate resilient?

How important is it to involve citizens in participatory planning and design?

How important is decentralisation in urban planning and design?

What should be the relationship between government and the design professions?

How should we measure our progress?