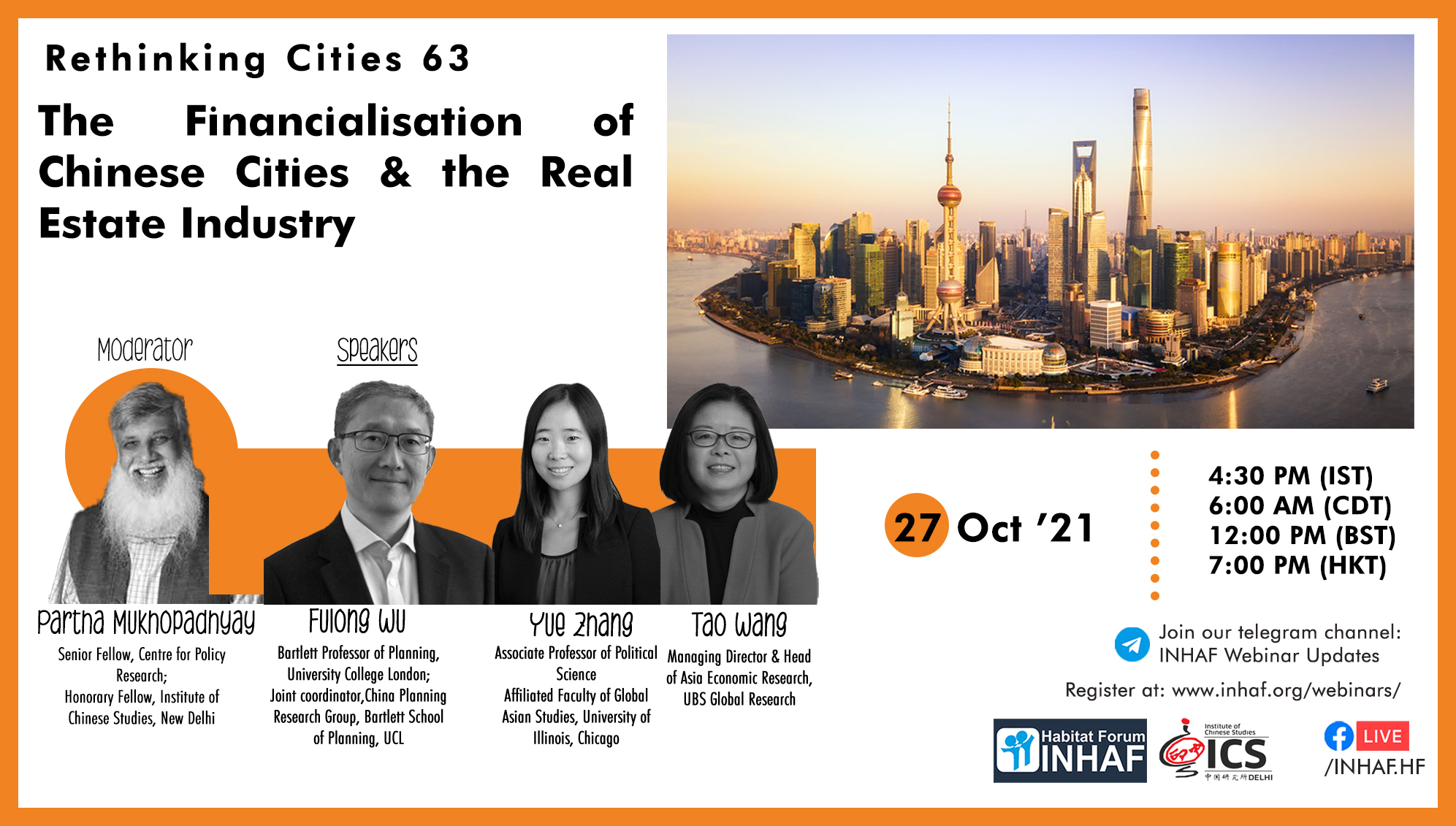 The Financialisation of Chinese Cities & the Real Estate Industry

The rapid Chinese urbanisation process has been admired, much studies but perhaps still less understood than one would like.  Of particular interest in this process has been the phenomenon often described as financialisation and the nexus of land, urban finance and governance and the real estate industry, which by some estimates, may contribute as much as a quarter of GDP, directly and indirectly.  The process of urban transformation in China is intricately imbricated with the Chinese growth model.

What is the nature of this process and what implication do the recent events in the real estate industry have for the future evolution of Chinese cities and the growth model?

We will discuss this with three persons eminently qualified to enlighten us on the issue. Professor WU, at University College London, is perhaps one of the most widely published and respected researcher on Chinese cities. Dr. WANG, with UBS in Hong Kong, is among the most widely read and respected economists working on China. Professor ZHANG, at University of Illinois in Chicago, will provide a comparative perspective from her work in China and India as well as the United States.