Home Webinar The city and the right to work 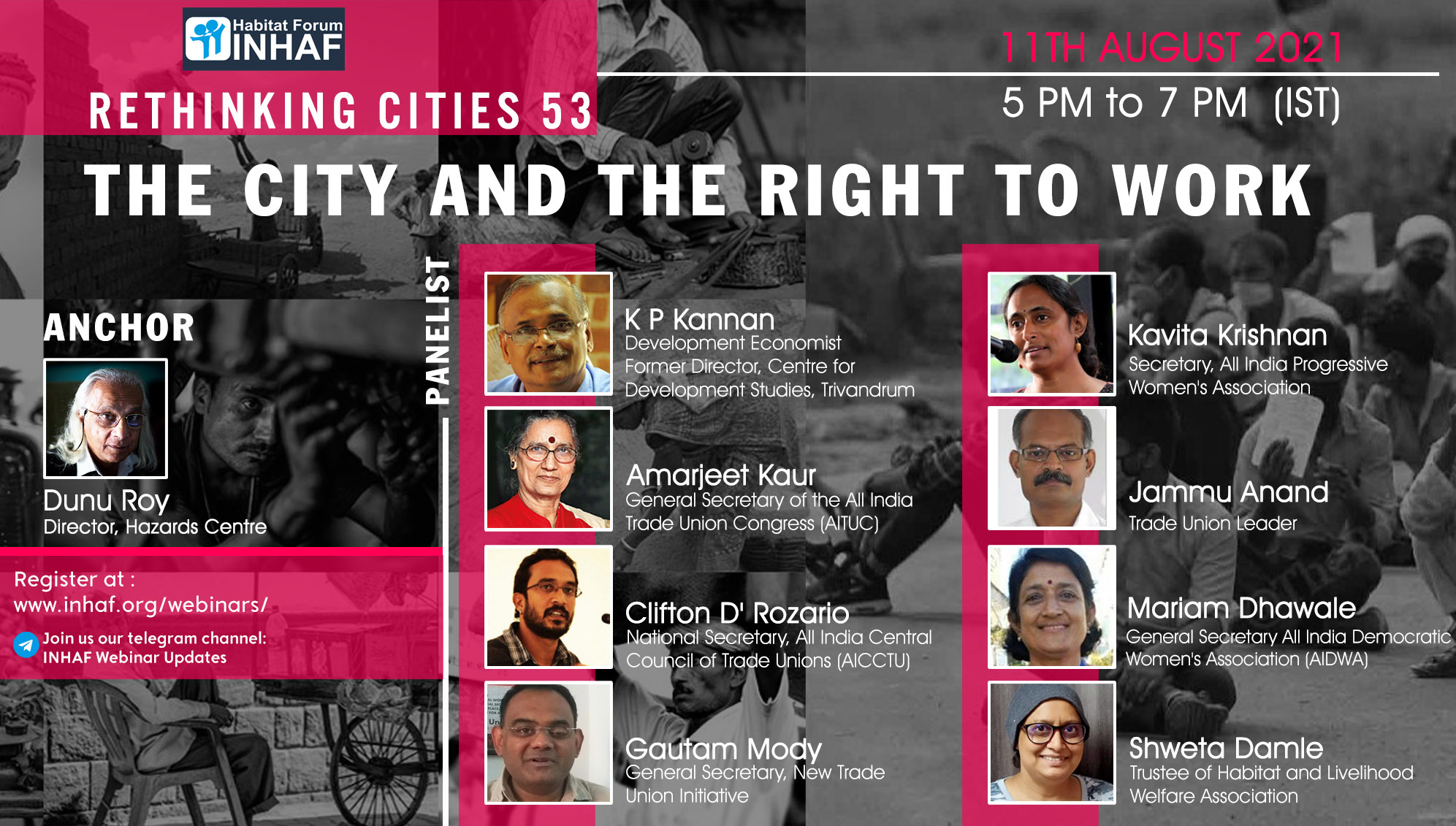 We have all been seeing how the city is being transformed over the last thirty years from a place to work and live in, to one that is a site for investment and profit-making. Two major aspects of this transformation are the shift from manufacturing to services, and the privatisation of services. The NSO data also shows that the ratio of salaried to casual and to self-employed workers is declining; as is the formal sector; and the work participation rate is falling. All this translates into a major crisis for the urban working class.

There have been a number of proposals on how to stop this decline and most of them focus on an urban employment guarantee program on the lines of MGNREGA, social security measures for migrant labour, and a basic income. However, shouldn’t the larger question be, “What kind of city do workers want?”

Let us, as an example, take the modern automobile sector that is supposed to be growing to contribute to almost 10% of national GDP. In this sector nearly 90% of the workers are migrants; more than 80% work in the supply chain factories; 65% are on contract; 75% had not been paid their salaries during the pandemic last year; and 47% remained unemployed after the lockdown was lifted.

Another example could be Zomato which serves 3.2 crore users per month and whose share price has climbed from Rs 76 to Rs 115 during this year’s lockdown. It has about 3.9 lakh restaurants listed in its App and operates in 525 cities. There are 1.7 lakh delivery boys who take the food from the kitchens to the customers and their collective labour has created a Rs 1 lakh crore company. Yet every one of these delivery boys is on contract and makes less than Rs 500 per day.

Given this context, the questions we could try and explore from the workers’ perspective in this webinar are:

1.What are the products and services that a city needs and workers would like to produce?

2. Who should plan the city, with what vision and objectives, and for whom?

3. Should work be regular or on-demand, and what should be the wage?

4. If work is not available then who is to be held accountable?

5. What kind of homes do workers want and how would they like to travel to work?

6. What are the services that a worker’s family needs and how should they be provided?