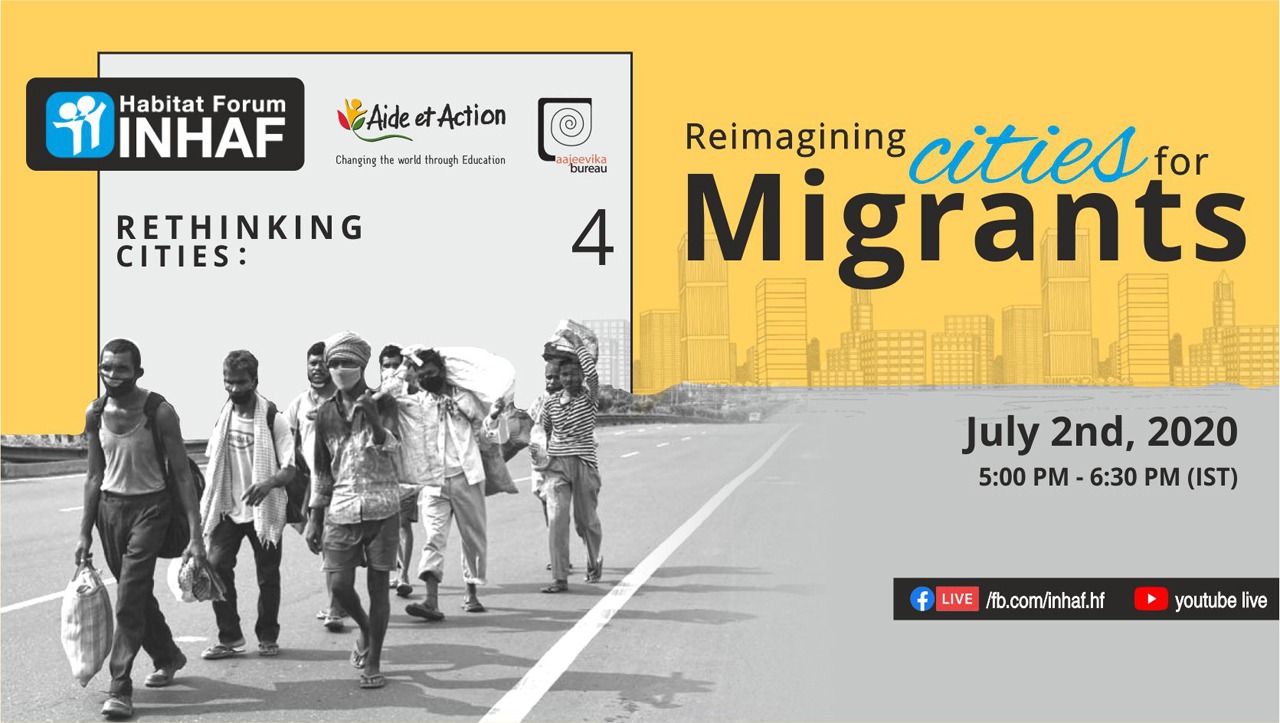 The COVID pandemic thus has brought to the forefront the fragility of Indian cities and its non-inclusive nature towards the migrant workers. With no clear employer-employee relationships, lack of enumeration, lack of basic urban services and human living conditions,  no access to social security benefits and most importantly, lack of political participation in urban areas; Cities have turned into unwelcoming spaces for the migrant communities.

The founding premise of these hardships and neglect faced by the migrant population in Cities, is the assumption that the migrant workers (especially inter-state migrants) are liabilities than assets. Such misconceptions are often backed by state-specific domicile centric socio-political sentiments. But this at a go reverse migration hopefully will destroy this misconception and role of migrants as drivers of the urban economy will be realized and consequently to bring back migrants a thought, a policy response, a strategy of Reimaging Cities for Migrants may emerge!!

Migrants in due course of time if not in full number but will return to the cities owing to one, continued push of rural poverty; two, inadequate employment/livelihood opportunities; three, diversification strategy. The questions that arise are what strategies, what preparations should be deployed to reimagine the cities to be capable of providing decent working conditions, social security and better living conditions to the migrants?

Recent report by Aajeevika Bureau points that on an average, the remittances of migrant workers is 30 to 40 percent of their monthly income. This means that a migrant worker utilizes 60 percent of his/her income in the city itself. Migrant workers fuels in monetary resources (as a strong customer base) of city’s small enterprises, shops, vendors markets, small canteens, home based services, rental rooms, or hostels. Such enterprises are often owned by the local urban poor or lower middle-class households. – Unlocking the Urban: Reimagining Migrant Lives in Cities post COVID 19—Aajeevika Bureau, May 2020