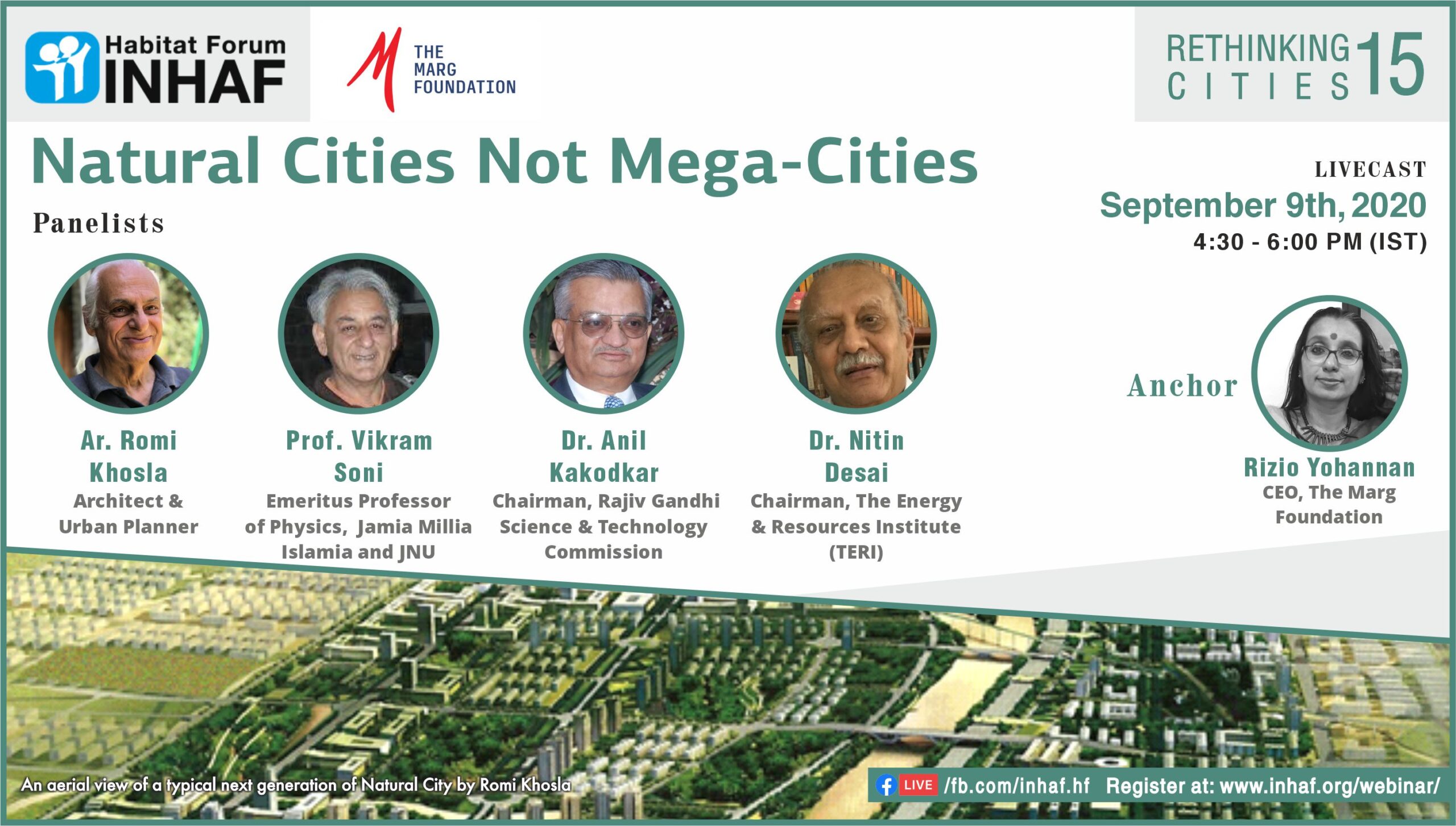 This webinar has been proposed by Prof. Vikram Sohni, a particle and astrophysicist physicist who works on non-invasive and sustainable solutions for the planet and Mr. Romi Khosla, an architect urban planner. Together they have been working for some years on the next generation of cities and habitats for the sub-continent. They are convinced that our metro cities inherited from colonial times as well as many other cities in the country have reached a critical condition of instability and that far exceeds their holding capacities. Both designers have proposed a new generation of cities as Natural Cities that are based on the principle of :

Using natural infrastructure to create non-invasive perennial and local solutions we came up with a blueprint for a Natural habitat or city which will be self-sustaining in water from river floodplains, organic vegetable produce and milk with an architecture of natural temperature control, for example, a chessboard pattern with alternate natural and built squares. Such a rural territory can have enough pasture for cattle to be self-sufficient on milk, have community forests to give mineral water from subterranean aquifers and also regulate climate and soils This will make them such habitats non-invasive and energy lean and give them an impeccable quality of life. Renewable energy like solar and wind, can happen easily in the rural and create a surplus economy and jobs.

The scale of a  city falls in between that of a simple living organism and the planet which are both self-sustaining and have a metabolism that works on this principle of life. There is a great opportunity to have such a city in Amravati, the new capital of Andhra Pradesh.

They will present with the help of images, the principles behind the idea of Natural cities or habitats and show some preliminary visualisation of such a typical Natural city designed by using the principles of being naturally balanced with the environment and the lives of its inhabitants.