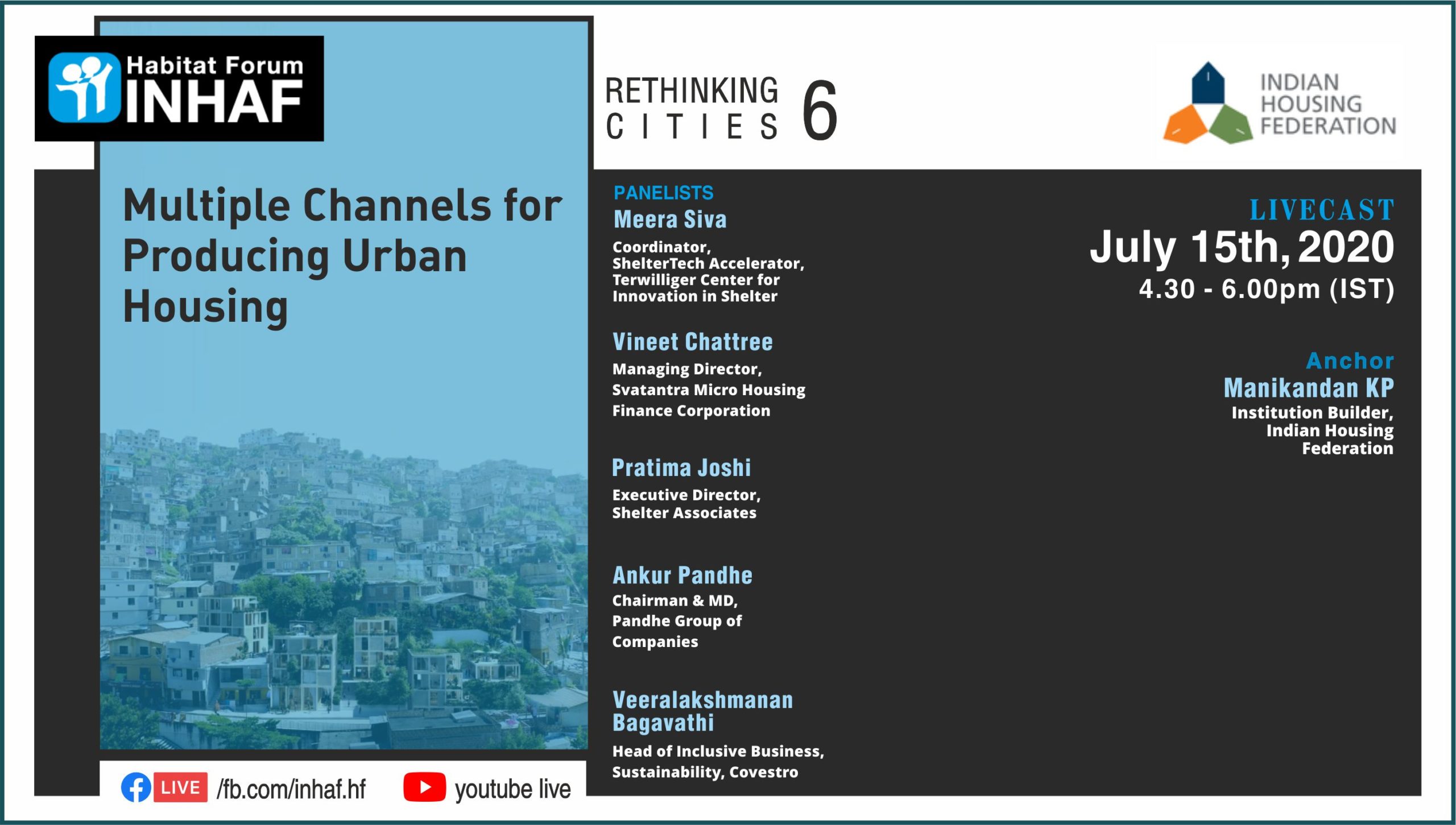 The session will focus on one of the most significant aspects of the urban built environment, namely, housing. The production of housing in cities is highly disaggregated, diverse and complex. The one certain thing is that there is no single silver bullet to the housing problem in urban India. In reality, the physical supply of housing takes place along a housing continuum, ranging from incrementally self-built housing to centralised mass housing. This diversity – the diverse needs and aspirations among different classes of cities, the differing climatic and topographic conditions in different regions, and the varying resources and local knowledge available across different parts of the country – implies that a one-size-fits-all approach does not work for housing and habitat. In terms of production of housing, it, therefore, becomes important to assess the relative pros and cons of each of the varying channels that are currently being used in urban India to build housing.

This session on “Multiple Channels for Producing Urban Housing” will aim to set the overall context in which housing gets built in urban India, discussing the opportunities, as well as the challenges that stand in their way. With this overarching understanding, we will delve into the three major categories under which housing gets produced and supplied in Indian cities:

We will also focus on overarching themes related to Policy, Affordability and Sustainability.