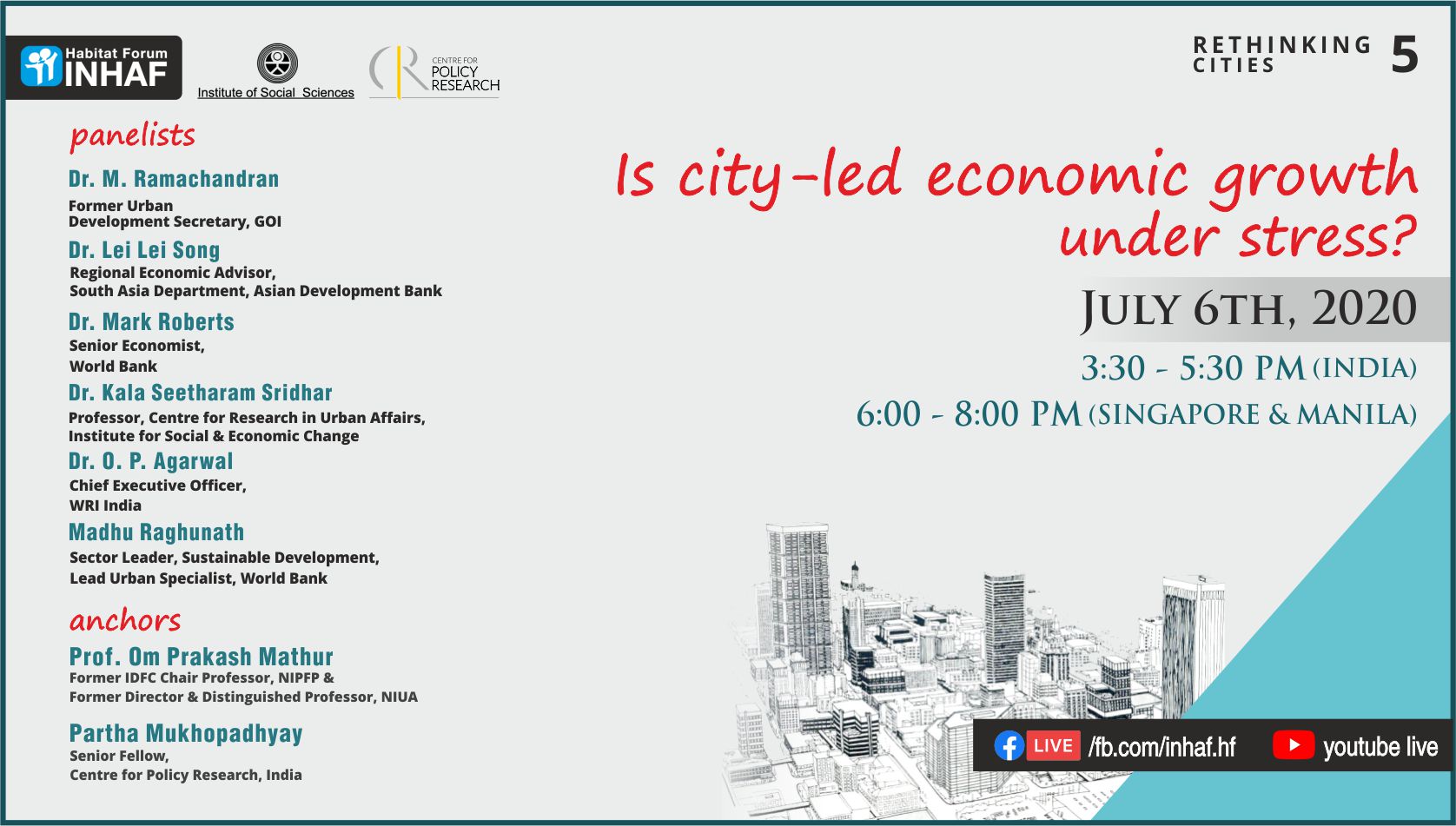 Is City-led Economic Growth under Stress?

Strange as it may seem, Covid-19 and the consequential lockdowns have severely dented cities such as Mumbai, Delhi, Chennai, Ahmedabad, Pune, Surat,  Indore, Jaipur and a few others, cities which have been in the forefront of India’s economic growth and development and technological and knowledge advancement.  Labour has fled from such cities.  Businesses and industry are unable to resume their activities and operations on account of capital and manpower shortages. The print media suggests that cities that stand most affected by COVID-led crisis and lockdowns are those that produce over 60 per cent of India’s GDP and consist of about 58 per cent of its most productive work force. These are places of high learning and research and claim to have amongst the most advanced infrastructure including health infrastructure.  And yet, it is the economies of such cities that COVID-linked lockdowns have decimated.

What explanations do we have for such a phenomenon? Is it the fragility of the economic and infrastructure foundations of Indian cities? Are the widely-talked about linkages between urbanisation, agglomeration, and economic growth over-stated? Do we see diseconomies of population size setting in India at such a low level of urbanisation?

What typifies this phenomenon? Where do we look for possible openings?

Is it an ‘URBAN ‘ problem? Where do we place initiatives such as the Smart Cities Mission, AMRUT, and Housing for All in the context of the complete disintegration of the urban informal sector that COVID-linked lockdowns have led to? Are these Missions still relevant having failed to reach out to the millions of people in cities that have hosted and showcased them? Does it warrant a rethink not just on such initiatives but on the role of urbanisation in the future of India’s developmental goals?    Is it the time to think of an alternative to the cliché – ‘urbanisation is a necessary condition for growth’ – that has dominated our thinking for at least two decades?

Is the decline or collapse of economies of cities such as those mentioned above an ECONOMIC issue?   Can a stimulus like the one that has just been put out with a focus on MSME and a credit line for street vendors help bridge the factor gaps and restore the economic base of cities? Is the stimulus strong enough to correct labour market distortions that have been caused by the exodus of labour and which are now being sustained by highly conservative, if not regressive, positions that several states have taken on migrant labour.

Is there a role for MARKET in settling this conundrum? Can the market reset the size class distribution of settlements and economic activities? Or, will the market with all its force bring back BUSINESS AS USUAL scenario sooner than we think?

The purpose of the webinar is to discuss whether the theme ‘ Is Urbanisation-led Economic Growth under Stress’ at all relevant? Will it lead to a NEW NORMAL? What could that be? Or, is it over-hyped? Are we reading too much into the recent events?  How does one explain this phenomenon?  How and in what alternative ways should it be addressed?