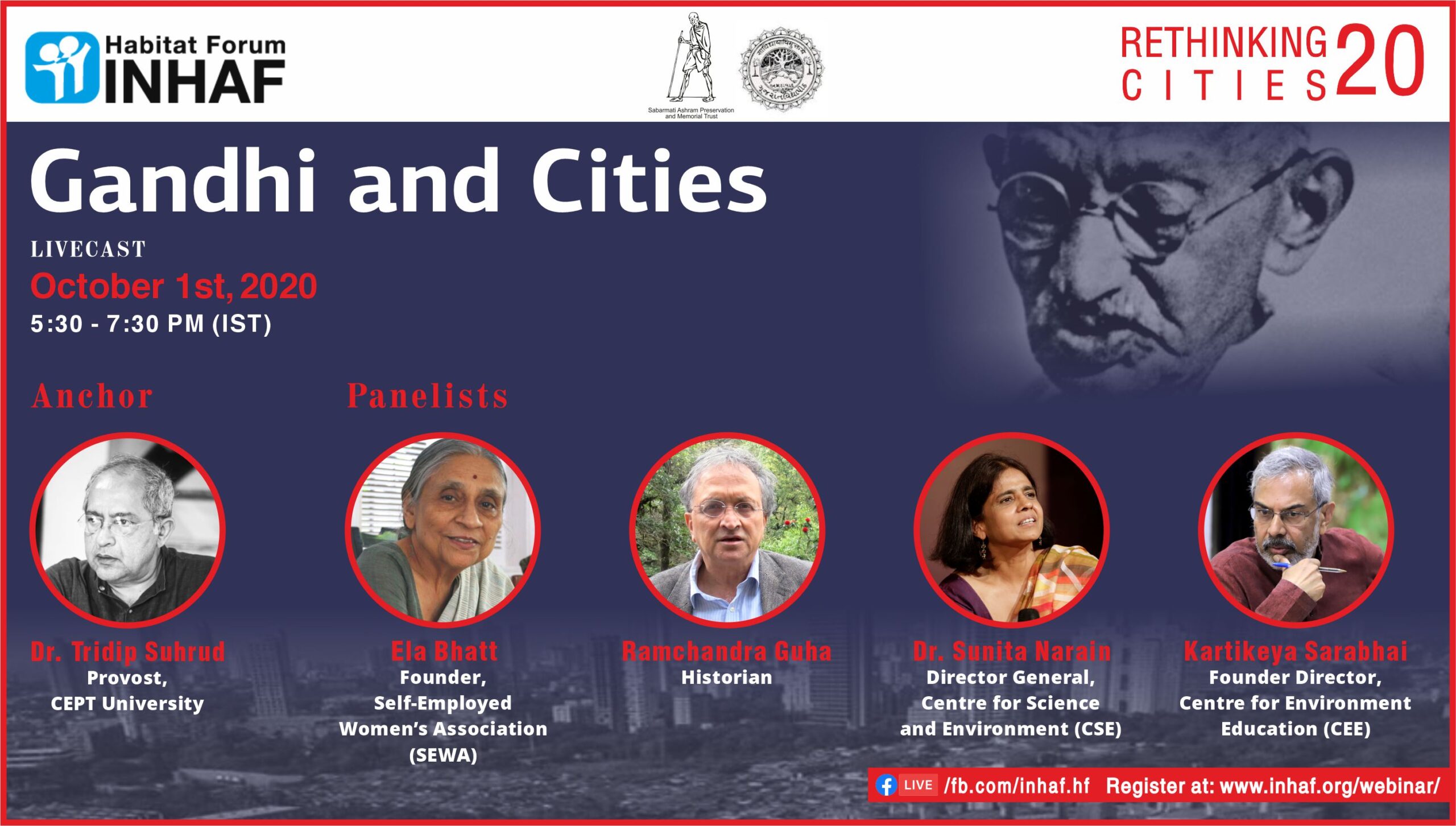 Ram Guha writes —
This is my essay on Geddes and India  https://www.theindiaforum.in/article/making-indian-cities-habitable

It is counter-intuitive to think of M K Gandhi and City. In fact the category ‘Urban’ does not occur in the Subject Index of the Collected Works of Mahatma Gandhi and the small entry on ‘Cities/ Towns’ is dominated by ‘exploitation of villages’ by these. And yet Gandhi was a city-dweller, his dwelling within the city was neither liminal nor tenuous. London, the Capital of the Empire, he knew intimately and had an almost touching tenderness towards it. His monograph, “Guide to London” remains a delightful read. His political life in South Africa was formed in urban areas to begin with. He established his Ashram in India in an Industrial City of Ahmedabad. His interventions shaped the fates of at least two cities; Calcutta and Delhi, in the aftermath of Independence and partition. Chennai, Bombay and Pune constantly drew him to them. And yet he saw cities as something of a deformity, a place of allurement, where un-sleeping ‘white nights’ led not only people but even civilisations astray. Even by his elliptical remarks Gandhi has much to say about the city of the past, of the present and if we have the capacity to listen, of the Future(s).

Four Urban and Urbane pioneers, each with a fascinating tale, each of them a story in themselves and each an enchanting storyteller come together to talk of Gandhi and the City.