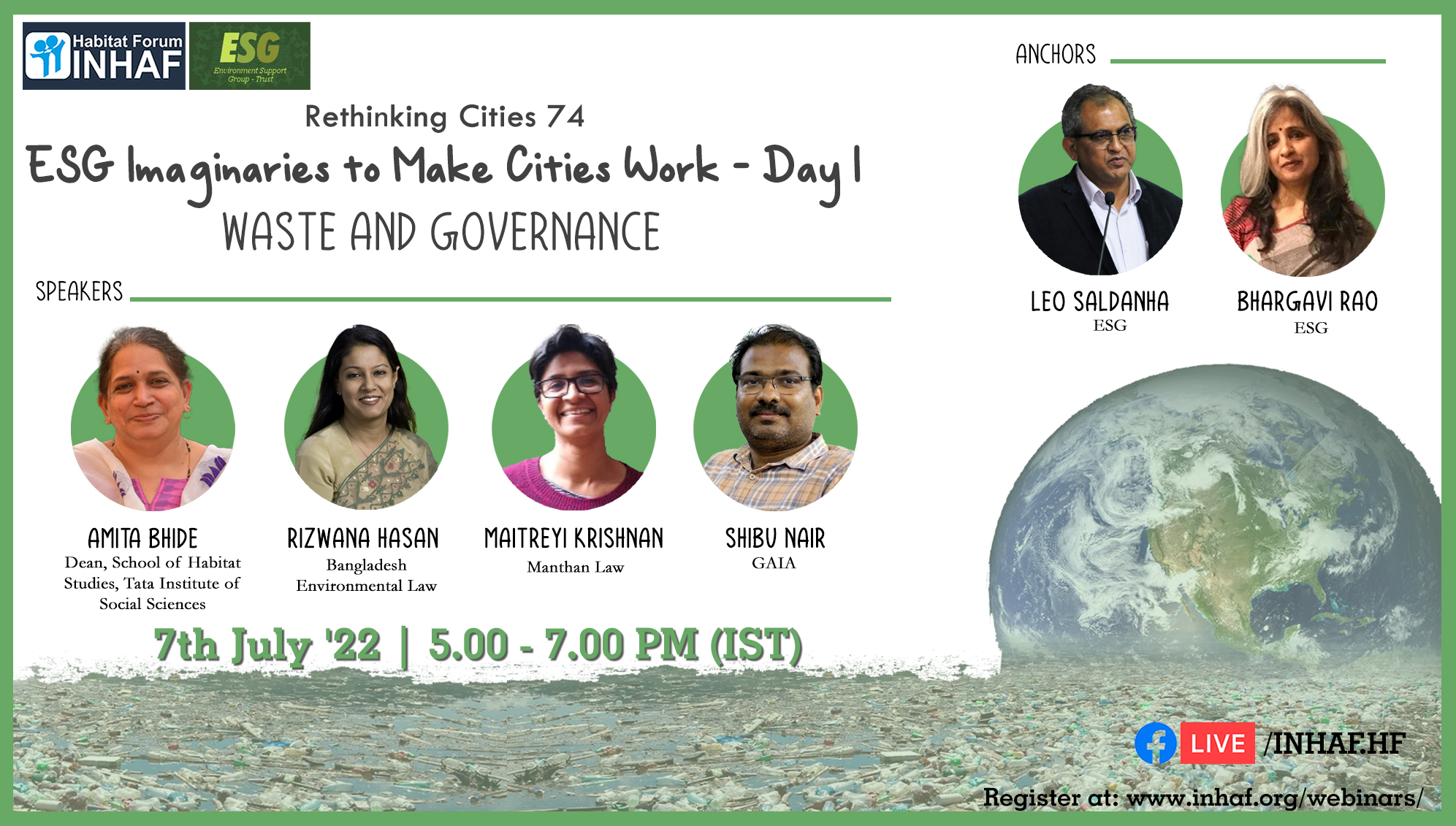 For over two decades, ESG has focused on emerging urban environmental and socio-economic challenges and worked with multiple communities, government agencies, academia, media, etc. in attending to these issues and conflicts. The approach has always been about finding viable and inclusive solutions to vexatious problems by advocating deeply democratic processes which draw on  intersectoral, interdisciplinary, intersectional experiences, and knowledge and histories. Bangalore and other cities are in a mess today as they follow highly centralised governance approaches which drift away from Constitutional mandates and legal provisions that require decentralisation of administration and devolution of power.  As a result various local publics do not find their due place to imagine their futures, which are then collated to build the collective imagining of the city and its future.

In ESG Imaginaries to Make Cities Work, participants drawn from diverse disciplines and sectors would reflect on the sort of issues and concerns that have become systemic to urban governance and living, reflect on the initiatives of ESG in addressing them, and articulate ideas and imaginaries in constructing better futures, and of consequences if we were to not make such efforts.

Working with Pourakarmikas in the late 1990s, and with landfill impacted communities from the early 2000s, it was realised that the problem of waste dumping on the streets or in landfills cannot be resolved merely as an urban management problem. There are deeper structural issues involved including wilful exploitation of the labour of the poor, and Dalits and minorities are typically victims of waste collection and waste dumping. Approaches to decentralising governance to local areas so that local communities take responsibility for the waste generated locally, which has been supported by judicial directives and later reform of India’s SWM rules, has stuttered to succeed as higher echelons of power have been insincere in ensuring necessary resources are available to make decentralised, scientific and legally correct methods work. As the problem compounds, and with COVID pandemic its nightmarish implications have become common experience, the utter lack of concern and sensitivity to the needs of those who handle and remove waste has become more stark while technocratic solutions are being promoted.  As cities expand with consumerism as a basis of its viability, the question arises about the future of such urbanisation beset with environmental and public health challenges. This when failures to acknowledge decentralisation and devolution of administrative, political and financial power is key to sustainability.

In highlighting these dimensions, ESG’s work in this sector will be employed as a backdrop inviting various partners and community representatives to reflect on ways forward.