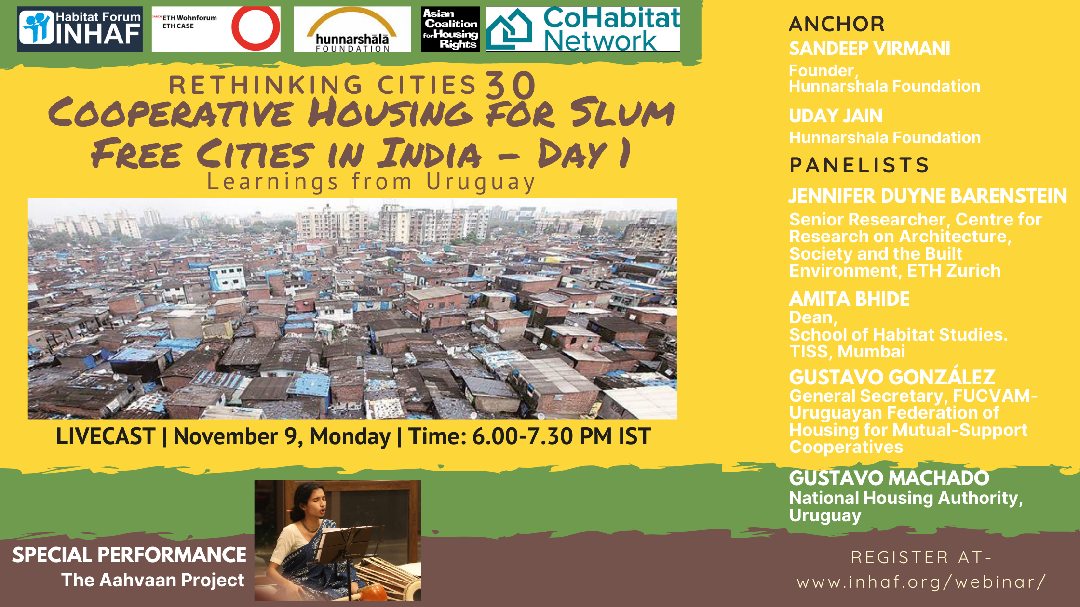 The irony of having commodified land and housing is that we have cities with large numbers of empty houses, to the tune of 11 million units, kept as investment by the middle classes while at least 65 million people are forced to squat on available land in shanties (Census 2011). Efforts at slum eradication have come full circle with evictions, to translocating the poor outside cities, to offering land to developers to house the poor while using the majority of the land for real-estate development, in situ housing programs to the latest efforts at transferring land to the poor.

For policy makers the questions that are left unanswered is where is the finance to house so many poor; what is the best way to make land available for housing without it coming under speculative pressures; which are the best agencies that can deliver housing with quality and speed?

A realisation that is fast gaining ground world-wide to create Slum-free cities is to ensure that people have the security of dignified shelter during their lifetime; and not make house ownership the objective. From Switzerland to Uruguay cities are bringing chunks of land out of the speculative markets and awarding them to Housing Cooperatives. Banks come in to finance the housing and members pay rents to repay loans. The Cooperatives are provided strong facilitation.

These examples are significant as they represent how cooperative housing addresses the lack of quality, affordable housing in developing nations like Uruguay as well as developed economies like Switzerland. It is also crucial for the sustained development and growth rate of urban areas. The example of Zurich shows how capitalist economies have also benefited from the cooperative housing model by providing affordable housing for the low income groups of a city, contradicting the general perception that such models work in socialist economies.

The Webinar proposes to learn from the successful examples of cooperatives worldwide; understand how the cooperative structure in India needs to be revived to build a dynamic proposal for housing the disadvantaged in India.

The Webinar is a two part series, where stakeholders from Switzerland and Uruguay – city administrative representatives, academics, architects, community representatives, cooperative members, etc., may discuss in depth various aspects which were conducive to the sustained growth of cooperative housing in those countries.

Special Performance by The Aahvaan Project at the start of the event.