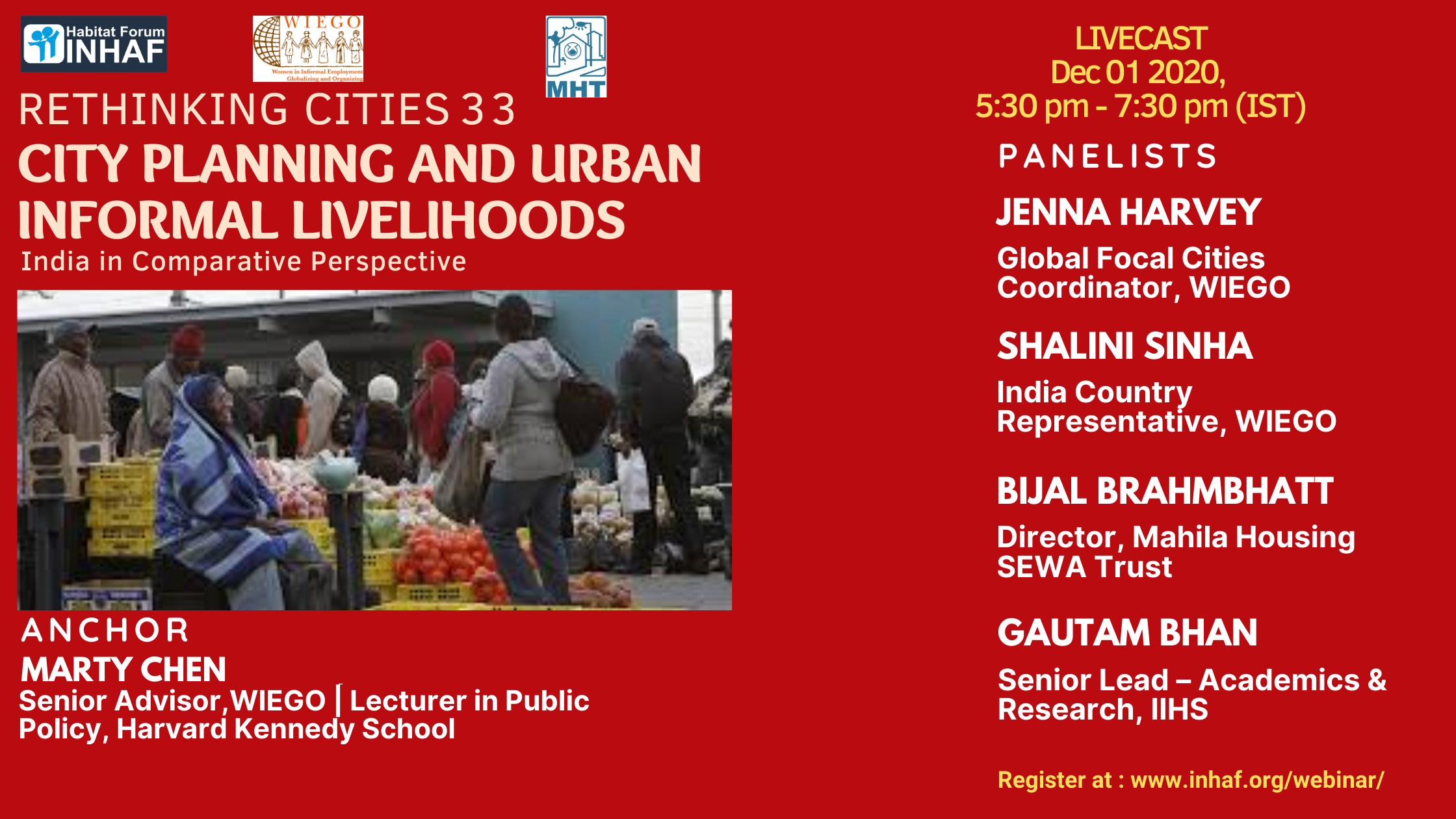 The vast majority of urban workers in India today (nearly 80 per cent) are informally employed. The urban informal workforce is engaged in a wide range of activities from manufacturing in small family units, to services like domestic workers and electricians, to trade in small shops or on the streets, to manual labour, notably in construction, to transport workers. Women are a particularly invisible part of this urban work force as they tend to be home-based  workers who produce goods and services in their own homes or domestic workers: neither group gets properly counted in official statistics.  For the urban informal workforce, particularly the self-employed, city planning, policies and practices have a major impact on their livelihoods.

Informal workers are disadvantaged by city policies in a number of different ways. Many of them need to use public spaces in order to earn their livelihood. For example, street vendors need to vend in open air markets, transport workers and waste pickers need to use public roads. The transport system tends to work against them, since it is often too expensive given their meagre earnings and doesn’t allow them to carry goods, and walking on city roads can be hazardous, especially for women. Zoning regulations work against them as their home is often their workplace, especially for home-based workers and family enterprises. Most informal workers live in informal settlements and are often under threat of relocation, which destroys or undermines their livelihood opportunities. Women workers face special difficulties in informal settlements as shortage of water and sanitation means that they have less time to earn.