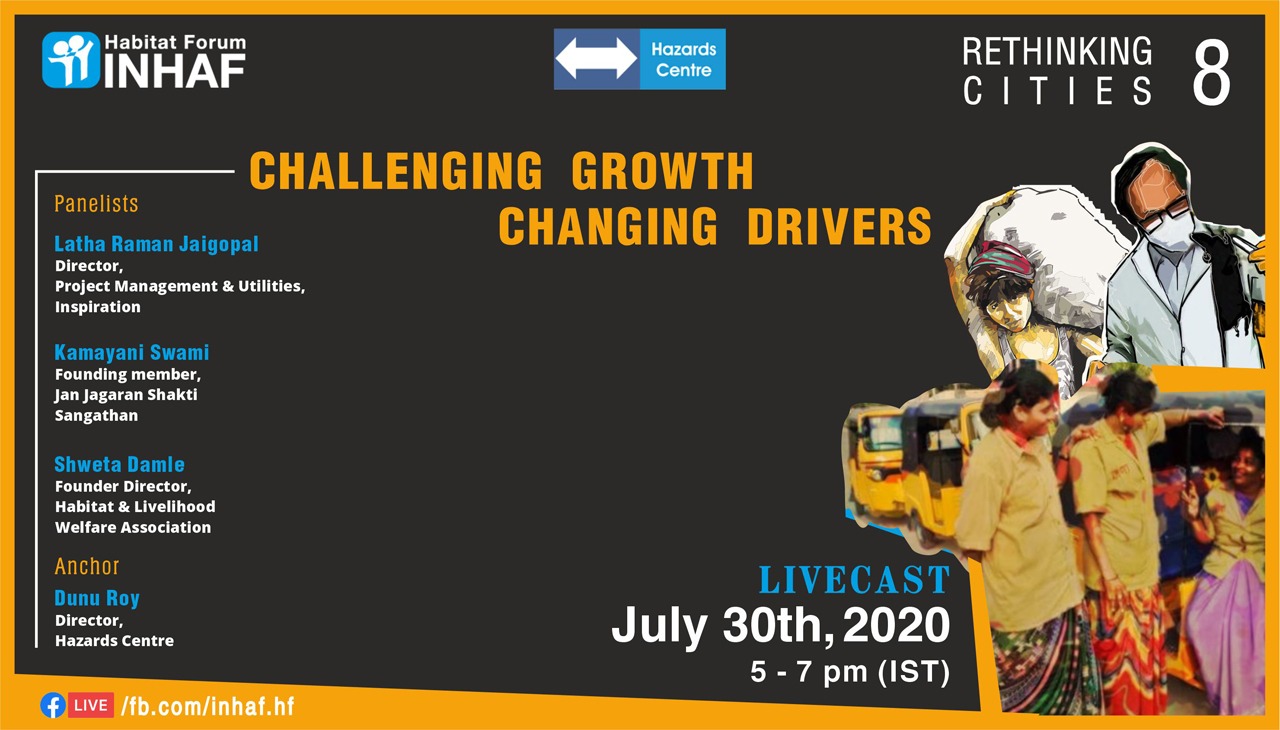 Cities were re-imagined in India as Engines of Growth from the Tenth Five Year Plan (2002-2007) onwards. It was part of a global drive to change society, economy, and – incidentally – ecology.

This re-imagination was born within the Millennium Development Goals announced two years earlier in 2000; under Goal 7 – Ensuring Environmental Sustainability – Target 11 spelt out the urban agenda as a desire to “achieve by 2020 a significant improvement in the lives of at least 100 million slum dwellers”. This global objective was adopted nationally via the National Urban Renewal Mission (2005). It differed significantly from earlier sectoral schemes such as the Rajiv Gandhi National Drinking Water Mission (1991), National Slum Development Programme (1996), Total Sanitation Campaign (1999), and Valmiki Ambedkar Awas Yojana (2001),

Fifteen years later, in 2015, world leaders agreed to the Sustainable Development Goals, and in Goal 11 it was stated explicitly that “cities and metropolitan areas are powerhouses of economic growth … but also account for about 70 per cent of global carbon emissions and over 60 per cent of resource use”. This was reflected nationally in the Swachh Bharat Mission (2014), Atal Mission for Rejuvenation and Urban Transformation Project (2015), Pradhan Mantri Awas Yojana (2015), Heritage City Development and Augmentation Yojana (2015), and Smart Cities Mission (2016).

At the heart of all these desired changes were four major components. These were: firstly, a set of reforms designed to attract more investment into the city; secondly, creation of “world-class” infrastructure to sub-serve the investment; thirdly, a number of institutional mechanisms to ensure a healthy return on investment; and fourthly, the availability of a cheap labour force to create the productivity that would sustain financial returns. These were, in turn, related to policies that would be “investor-friendly”, that would encourage the migration of labour from rural to urban areas, and provision of basic urban services to the poor.

This attractive package of investment, productivity, and welfare was supposed to be knit together with technologies and management tools that would create a “smart” and “inclusive” city.

However, in spite of all the loud talk of efficiency and equity, over two decades the city has arguably become even more unsustainable. Whether it is the quantum of investment, or the returns on it, or the provision of net-based civic services, or the evolution of new forms of urban management, and the elimination of urban poverty, the city has proven unequal to being the engine of growth. And the recent collapse in the face of a viral pandemic has demonstrated even more clearly the misery of the migrants who were supposed to be the drivers of this growth.

There are, therefore, two courses open to civic bodies and citizens. One is to deny the failure of the model dreamt up at the turn of the century and develop even more instruments of governance and technology that would deliver the dream. The other is to interrogate the model, its prescription for growth and the nature of its drivers, and through that come to a different understanding of where society, economy, and ecology could be headed.

This webinar will focus on the latter course. The interrogation will take place through three different vectors.

One will be from the perspective of the planner. How does planning take place? What are the models that explain and promote “development”? Have there been other premises to “development” and other attempts to plan? How do they include the elements of nature and ecology? And what kind of city do they envisage?

The second will be from the viewpoint of the resident worker-citizen. What does the city mean to her? What were or are her expectations? Were they fulfilled? Are there other ways of thinking about the city and its environment? And how can the worker-citizen contribute to articulating as well as making real those thoughts?

In collaboration with the speakers and the participants, the moderator will attempt to put together the different streams into a possible whole that has the capability to intervene in the dynamic of change in the existing city and provide a glimpse of where it could possibly be headed. The discussion will, hopefully, encompass elements of class, caste, gender, revolutionary thought and evolutionary action. It will be exploratory and an exercise in self-examination as much as it critiques a dominant political vision of urban “sustainability”.